The FutureWork Forum is devoted to exploring the working world of tomorrow.

We do that by using the skills, experience and inventiveness of our partners – calling on them as necessary to assist in our own projects and the needs of our public and private client base. The broad range of talent assembled in our partnership ensures that we can respond to practically any request that concerns the future of work at anytime and anywhere around the globe. More than that, the contacts and relationships that the FutureWork Forum partners bring to the organization means that we can call on hundreds of other experts to solve problems and meet opportunities. 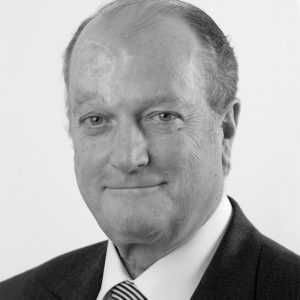 It is with great sadness that we have to announce that Andrew Chadwick passed away recently. He was one of the longest-serving and most active members of the FutureWork Forum.

Andrew was well ahead of his time, promoting the idea of an office in a briefcase long before the age of laptops and the Internet. As an architect his interest in the future of work centered around the evolving workplace and for many years he championed the idea of Space and Time being interlinked. He wrote may articles about the SpaceTIme concept, the latest of which was published this year in the Global Focus magazine special supplement (see https://futureworkforum.com/spacetime-is-everything/).

Partners of the Forum have been shocked and saddened by his sudden death. Here are some of their reflections:

“I met Andrew about 20 years ago and we had breakfast at the Cavendish Hotel. He was, to his credit an enigma, all wrapped up in a puzzle. He was the perfect English gent, just flown in from Central Casting. I recall his address to the UN Food agency in Rome with 700 people being lectured to by a large chap with rumpled suit and a straw boater. Later we had an epic weekend at his old Cambridge college where we shifted industrial amount of the house claret. Rest easy old thing, you did us all proud.”

“Since our virtual collaboration began a year or two ago, Andrew has had a huge influence on me – I will miss him and our meetings – his forward thinking – his support – his crazy ideas – if someone stood for the future of work, it was him!’

“A wonderfully warm, witty, cultured and intelligent man – it was a pleasure to have known him in the short time that I did.”

“Andrew was truly in the mould of a Future Work partner. Thoughtful and thinking differently about space/time, which is such a big part creating places for getting work done. Sometimes we tend to ignore how much people rely on the physical environment, and each other to do their work.”

“We lost a gentleman and a great thinker and contributor.”

“I had many fun and intriguing conversations with Andrew; from tales of his racing (and crashing) aeroplanes to his persistent and before-their-time thoughts on space-time. In true historic FWF style, I often shared a few glasses of vino with Andrew and later, I shall have another, with fond memories in mind.”

“Andrew impacted me deeply and will keep a special place in my heart for him wherever I may go.”

“He was a kind and talented colleague”

“I have known Andrew since my first day at the Future Work Forum many years ago and have always extremely appreciated the discussions with him, his humour, his quick wit and his wise analysis. I will definitely miss him very much.”

“Andrew was a lovely gentleman and he will be much missed. We will all remember him with fondness.”

“Andrew was a true expert and visionary in his field and a pleasure to work with, he will be sadly missed . His ‘office in a box’ concept really was a symbol of how far ahead of his time he was”

“I too miss Andrew. I had the pleasure of working with him on a few future workplace webinars and meeting him in London several times. He was brilliant as well as provocative. While I didn’t know him well, I was full of respect for him.”

“Humour, warmth, engagement – such great company – and yet you always knew you were in the presence of a higher level of Space/Time”

SpaceTime is everything – whatever happens in life, happens in a certain space at a certain time. Make sure to reserve the space and time for what is really important. A Swiss architect (Renzo Piano) once said: “Architecture is a bridge between earth and heaven.”

Its the rich mix of talent, expertise and experience that makes the FWF offer so unique. The diversity of its people and their collective knowledge and skill set them apart from other groups and although each have a set of individual specialisms, the services are arranged in the following broad categories.

Personal advice to senior managers about their leadership style in the digital age.

Working with organizations to implement change and achieve business objectives.

Conference presentations and keynote speeches on a broad set of issues related to the changing world of work.

Improving the skills and knowledge of managers and staff through conferences, seminars and workshops. 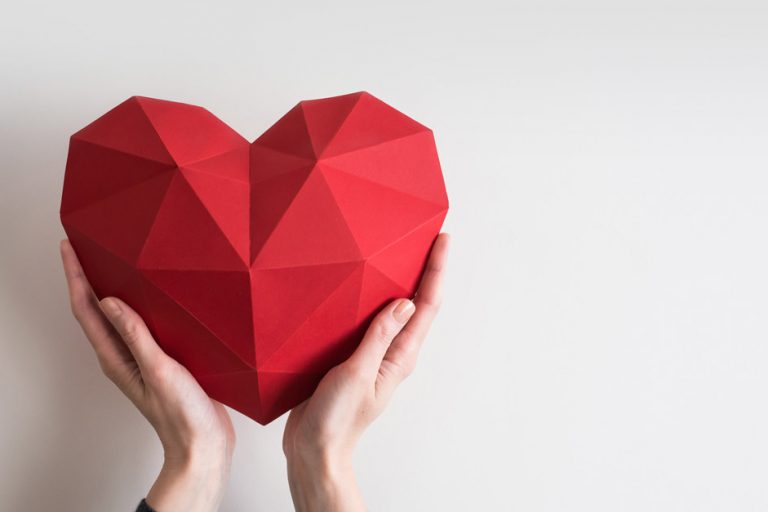 Scaling Goodness as the foundation of the “Lived Experience”

Over the ages, the human race has been empowered by goodness and kindness, so how can we build this into lived experience? 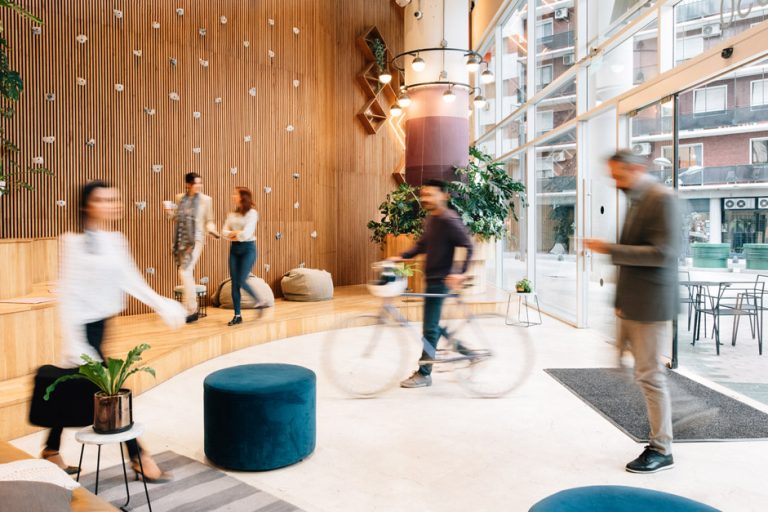 It’s not a great resignation, it’s a flight to quality

Covid-enforced remote working – and its sibling (still at the toddler stage), hybrid working – have challenged the one-size-fits-all approach of traditional career management and heightened the aspirations of employees… 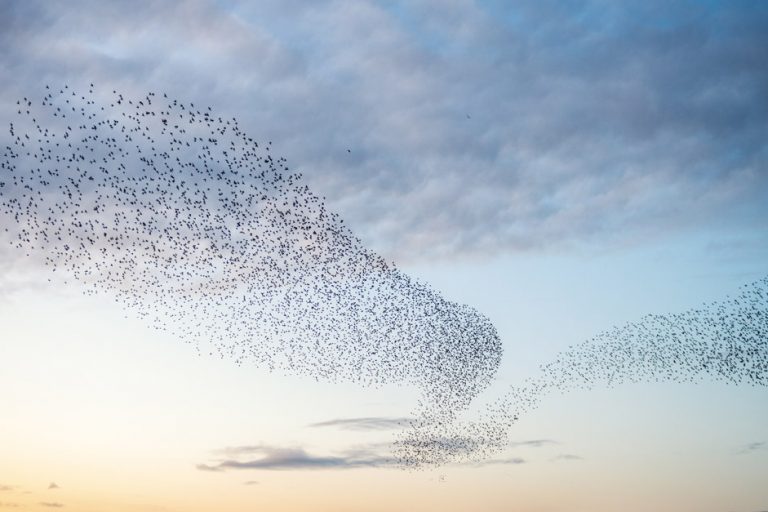 The Power of Peers: The Future of Collaboration Lies in Global Innovations Ecosystems

For centuries, ‘communities of practice’ (as coined by Etienne Wenger-Trayner and Jean Lave) have been formed to inspire and guide growth for their members. From guilds to farming cooperatives and… 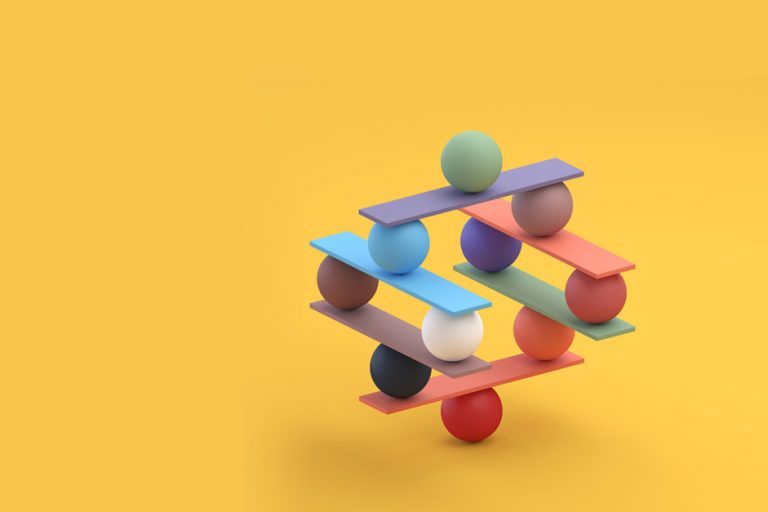 Is it time to end our addiction to leadership?

The FutureWork Forum model and approach to shaping the new world of work identifies leadership as one of the key strands in the lived experience of people. The model questions… 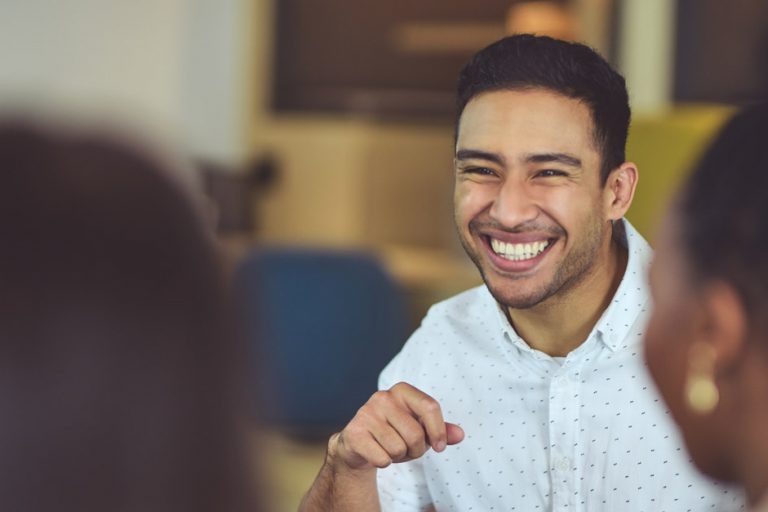 Purpose: The Key to Personal and Professional Growth

Most of us will ask the following question at some point in our lives: What is the purpose of my life? This is just one of those existential questions that… 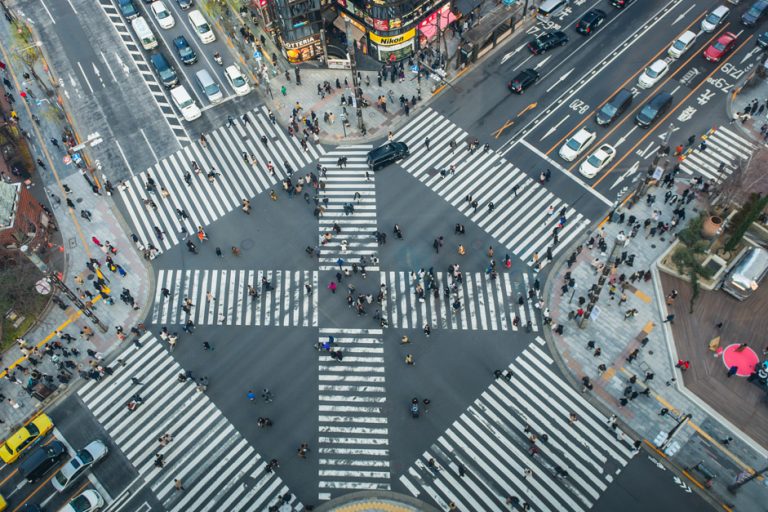 Cross-cultural Leadership in times of crisis

The pandemic changes priorities It takes a worldwide pandemic to focus the minds of leaders on what is really important to their employees. When individuals fear for their own lives,… 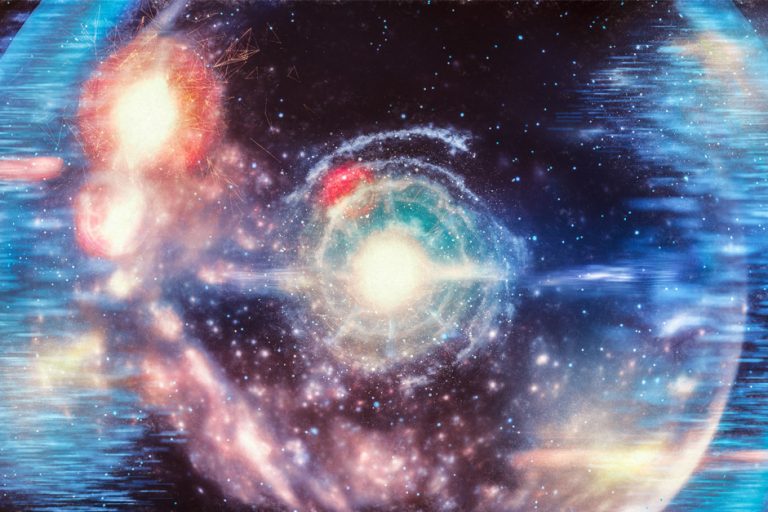 We tend to think of space and time as two separate entities, but of course they are not. In the early twentieth century, Einstein famously combined them to construct his… 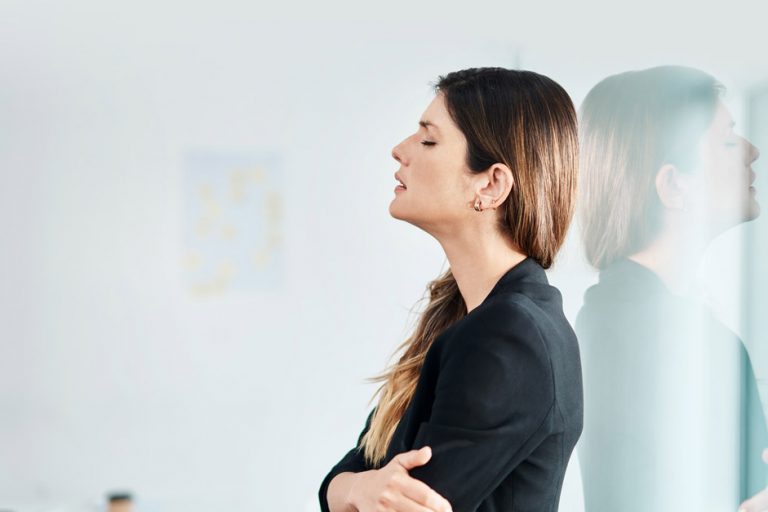 Toxic Workplaces and The Rise of the Toxic Humans

In recent months I have had a number of conversations with friends and colleagues who have shared their decision to leave their job and move on to something new. What’s…

The DAO of Work 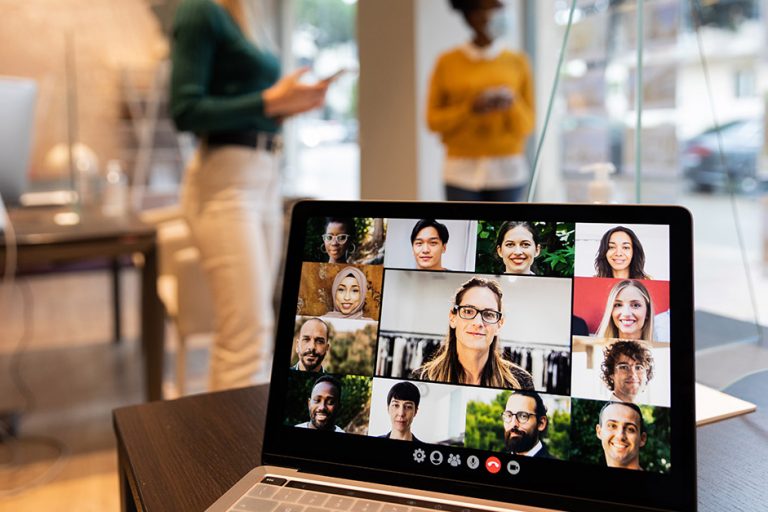 The Corona pandemic has led to a surge in digital work. Home offices have gone from being the exception to the norm; in particular, the measures taken to combat the… 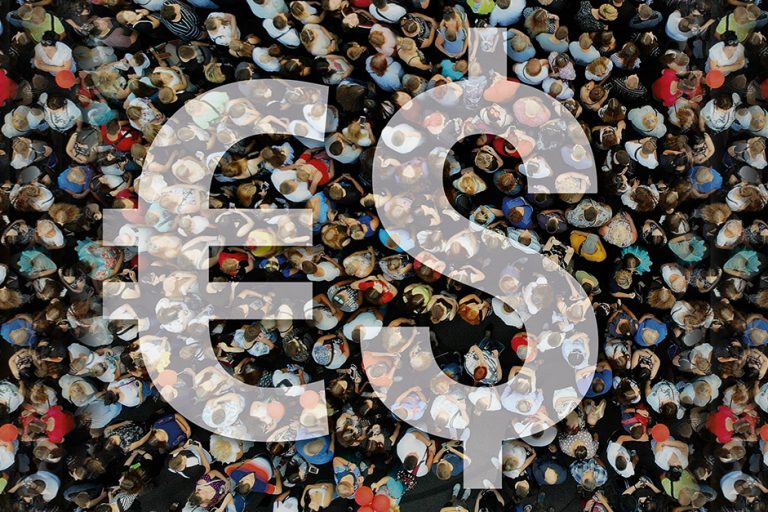 Can Finance Save Humanity?

Does the world really need another manifesto calling for companies to link their business to the sustainable development goals? One problem with the green business argument is that sustainable business…

The Case for Stakeholder Capitalism

I’ve been hoping that those in positions of power and influence would have realised that capitalism, as currently operating, needs reform, and that they would be doing all in their… 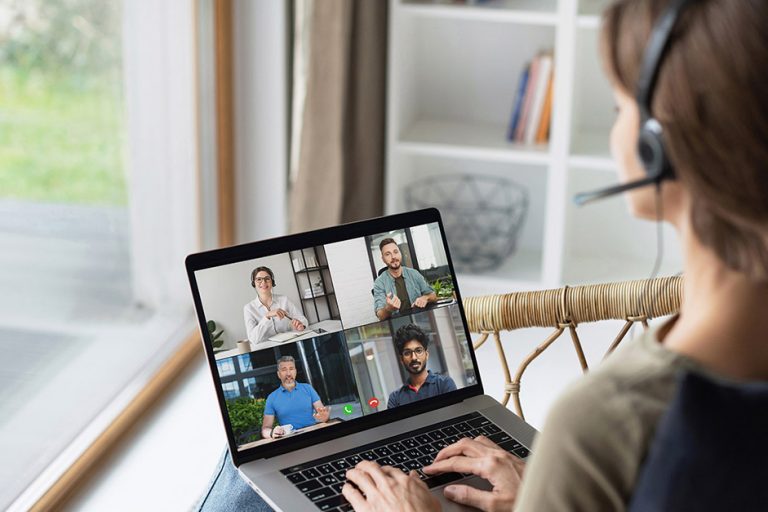 The Lived Experience model of Work

Social and technological changes over the last decade have had a major influence on the way we approach work and our wider lives. The boundaries between work and home have…

Partners of the Future Work Forum have their own independent organisations providing a variety of services. We also have a select group of Patrons whose organisations support the Forum. For more details click on the logos below or see the Partners page.