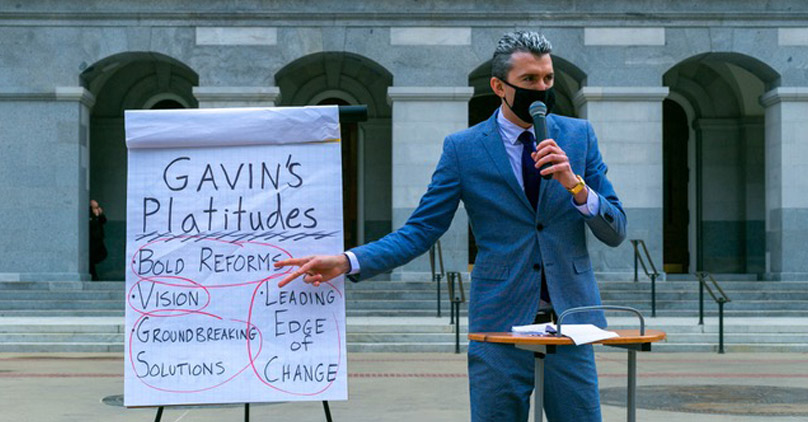 Thanks to Jorge Maya on Unsplash for photograph

Integrity: the quality of being honest and having strong moral principles

In the business and consulting world, much is written about the need for leaders to display authenticity and build trust with employees, customers, and stakeholders. Openness and transparency are regarded as key virtues in purposeful and sustainable organisations. Research has shown that customers are attracted to firms that do the right thing by their employees, the community, and the planet.

Leaders need to front diverse, collaborative, and intelligent companies that allow people to share their experiences and perspectives. Employees have to be given the power to make a difference by offering insights into how their organisations can deliver value. Honesty should be encouraged and welcomed in the pursuit of a new tomorrow. Underpinning all this is integrity, a concept that is frequently referred to in the context of leadership conduct and behaviour. But beyond the worlds of management gurus and business schools, how much integrity do organisations have? Do too many succumb to expediency? Does integrity present a challenge to the leaders of today?

The recent Theranos case is yet another in a long line of major corporate malfeasance. It offers a stark contrast to the oft-vaunted idealised codes of leadership and values. The company managed to raise $700 million in venture capital, and a Steve Jobs-like cult was built around its founder Elizabeth Holmes. At the peak of Theranos adulation, the company was given a $10 billion price tag. Luminaries such as the former US secretaries of state Henry Kissinger and George Schultz sat on its board, and in 2015, then-Vice President Joe Biden pitched in with his praise. But Theranos’s supposed “miracle” blood testing & diagnosis machine was found to be an expensive con. The company collapsed and was dissolved in September 2018. Ms Holmes was found guilty on four counts of fraud, and she is currently awaiting her sentence.

The case has raised questions about how Silicon Valley start-ups are funded and cultivated. Is Theranos a one-off example of the excesses of capitalism, or does the practice of “fake it until you make it,” imply that companies that do so mislead or even lie to their investors? Does the shocking case reveal a broader issue?

The opioid crisis in the United States has resulted in over 500,000 deaths. Purdue Pharma, which is owned by the billionaire Sackler family, has been embroiled in multi-billion-dollar lawsuits over its aggressive marketing of OxyContin.

A November 2020 a statement from the Department of Justice read as follows: “Purdue admitted it sold and marketed its dangerous opioid products to healthcare providers, even though it has reason to believe those providers were diverting them to abusers. The company lied to the Drug Enforcement Agency about steps it had taken to prevent such diversion, fraudulently increasing the amount of products it was permitted to sell. Purdue also paid kickbacks to providers to encourage then to prescribe even more of its products.” Meanwhile, Johnson & Johnson and several large pharmaceutical distributors have recently finalised settlements of around $25 billion.

The Volkswagen emissions scandal is just one example of how the automotive industry has long been misleading customers. It is widely known that fossil fuel consumption figures advertised by many car companies bear no relationship to reality. A recent report by the highly reputable organisation Which? revealed that hybrid vehicles were on average 61% less efficient than their manufacturers claimed them to be. Some of the best-selling car brands in the United Kingdom have the worst levels of performance and reliability, a fact that will never be brought to the customer’s attention in the showroom. The chiefs of VW claimed they had no knowledge of the rigging of the results, claiming that the emissions “cheat device” was the work of a rogue group of engineers.

Telecommunications and broadband companies have been widely criticised for claiming that their service speeds are much faster than those experienced by many customers. A mobile sales executive once informed me that tariffs were designed to make it difficult to compare offers. On another occasion, I was advised that a “great customer offer” was in fact a well-hidden price increase. There seemed to be little appreciation of what might happen if this were discovered. When a mobile customer threatens to take their business to a competitor, they are often given a better offer with no sense of embarrassment that they have been on disadvantaged terms for several years.

In the United Kingdom, legislation has been implemented to prevent insurance companies adopting similar tactics with their long-term customers. Car insurers have long engaged in a practice called “price walking,” where existing customers are quoted a higher price for renewing their policy than if they were new customers searching for a similar policy. The price goes up each success year and in effect becomes a premium charge for “loyalty.” Of course, now this tactic has been banned we are advised it might result in higher premiums and a reduced market for cover.

The aviation industry has also recently fallen short. Many of my colleagues have advised me about their dealings in trying to secure refunds during the pandemic. While in many cases the airlines have a clear legal duty to compensate customers, it is common to hear stories of obfuscation and extreme delays. Some companies have admitted liability only after being threatened with legal action. The fact is that they know the truth from day one; does their failure to inform them of it testify to a simple desire to survive at all costs or a basic lack of integrity?

The financial services sector offers many examples of customers being misled and manipulated. A significant contributing factor to the 2008 financial crisis involved mortgage brokers lying to clients about their ability to repay loans once the seductive introductory mortgage rates had expired. The so-called NINJA (no income, no job, and no assets) mortgage was a glaring example of a lack of integrity. Retail banks have often messaged their clients that their loyalty was highly valued, only for the customers to find out that they were on less preferential terms than those who had recently opened accounts. So much for customer loyalty and win-win scenarios.

The public inquiry into the London Grenfell Towers tragedy, in which 72 people died in a horrific high-rise fire, has exposed shocking levels of corporate deceit over the safety performance of the building’s cladding. Serious questions have been raised about the integrity of the UK housebuilding and construction industry. It has become clear that homes and other buildings have been built with no attempt to install proper fire compartmentation breaks for decades in contravention of existing regulations. In many cases, defective properties were marketed and sold to customers as being safe when they were not. Despite these findings, many developers have, until recent government action, refused to accept any responsibility for their actions, and instead relied on using a woefully inadequate and feudal legal code to avoid being held accountable.

Many web-based businesses are guilty of making misleading offers. Fake reviews purchased en masse are now illegal, but it is still relatively easy for them to be fabricated. The proverbial internet flag that indicates only two airline seats are available is just one instance of how companies use pressure tactics to gain a psychological and financial advantage over the customer. The biggest lie of course concerns personal privacy, as the Cambridge Analytica Facebook scandal revealed.

The usual corporate response to such cases is that the customer is free to agree or decline the terms of service. Companies argue that competition and consumer protection rules are put in place and must be followed, and many of them have their own codes of conduct and standards of compliance. How, then, to explain the prevailing lack of integrity? Many of the aforementioned examples point to a leadership style that is driven by short-termism. Mistruths and lies are used to exercise power over the consumer—or the competition—and sanction unacceptable behaviours and actions in an effort to “put one over” on all and sundry. Instead of relying on basic morality and trust to drive behaviours corporate leaders often will cite that practices exist within the existing law. This is a practice that has gained pace in recent decades and has led to a sense that the corporate world is often not playing fair and seeking to game the system.

It seems likely that many employees feel uncomfortable about having to deceive customers every day. Listening to endless complaints from angry callers can be neither rewarding nor motivating. Line managers must also feel compromised. One experienced call-centre operator told me that the job can be massively stressful and emotionally demanding. This probably explains the high level of staff turnover in some places.

After I began writing this article, 61 former employees accused the much-praised Scottish brewing company Brewdog of creating a toxic work culture. Brewdog had won favour with many business commentators for its innovative approach to marketing and funding and has made bold claims about its sustainability policies. It has even gone so far as to suggest that it is one of the best employers in the world. But allegations of a culture of fear, vanity projects, and the use of private jets generated huge amounts of negative publicity and speedy apologies from the firm and its co-founder. Yet again, a veneer of integrity concealed something far less attractive.

In light of the above, I would like to suggest some basic (albeit potentially challenging) strategies for leaders who want to act with integrity:

The COVID-19 crisis has shown that most people can be trusted to work from home. The majority do not cheat. So, is it not time for leaders to prioritise integrity and recognise the long-term gains of telling and living the truth for employees, customers, stakeholders, and society as a whole?