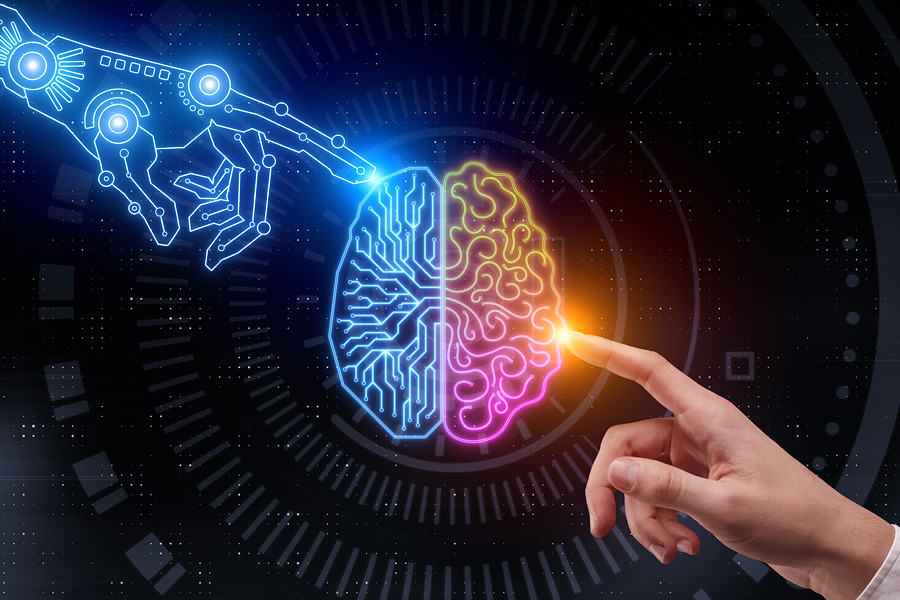 While some people have slowed down enough that they are thinking about what needs to change, the reality is that with furloughs and layoffs, it will be tempting for organizations to push for even more automation to keep costs down.

In this prescient article, Susan Stucky asks whether this isn’t the time to take bold, but informed, action? This piece is an invitation to consider a new point of view: designing work for humans and technology to engage with each other. Look around, this perspective is popping out all over. One form it takes is to view the interaction of humans and technology through the lens of a conversational protocol, a manner of interaction based on conversation, the most prevalent form of interaction the world has.

Why this time around is different

Getting computers to do our bidding has always been a bit mysterious to those of us not steeped in machine code, operating systems and programming.  We were content, if that is the right word, to muddle through command-line interfaces (CLIs) and then GUIs (graphical user interfaces), the ones with the files and folders metaphor as our means of interacting with digital technologies.

But two things have changed in ways that indicate the need for a broader cadre of leaders to engage with one another. It can’t just be technologists any longer. One is the advent of machine-learning, a set of techniques developed in Artificial Intelligence (AI) that has vastly improved credit card fraud detection, for example. Farmers are now able to use automated farm vehicles to plough and sow using pinpoint-accurate GPS systems.

To address issues like these, regulation has often been proposed as a means of controlling action by digital technologies. Regulation, however, is external to the technology itself; regulations operate at some distance from the actual technology and, as we have experienced, take a long time to develop and copious, possibly unreasonable, amounts of governance.

In fact, regulation typically lags behind technology, though it will always be important.

But in today’s fast-paced world, don’t we want to act sooner?

We need to look for other ways to interact with digital technology, specifically ways to co-operate with it in real time, to determine in the moment whether things are going the way we expect.

What if we think instead of us vs them, us and them, as human + machine?  Rather than automating humans’ work or augmenting  it (the two options to date), what if we humans actually were to work with and alongside technology to get work done? What if we were to engage with technology in a more co-operative fashion? Especially when it comes to knowledge work.

This way of thinking about our relationship with technology can help address leadership challenge: in this case, the re-humanisation of work by engaging with technology.

In the Epilogue to her recent book, Gods and Robots, Adrienne Mayor reminds us that, once again, there is nothing new under the sun. Humans have been making gods and robots for a very long time. These creatures of our imagination and handiwork have inspired awe, dread, and, yes, hope.[1]

We don’t quite trust our new robots either – industrial robots are often caged off in the factories in which they toil. MIT has had to come up with an RFID system to keep track of its robots[2]. The appearance of more fanciful robots may require those chips too, say a mini robot cheetah that can turn flips and walk upside-down. At least there is a sense of humour out there.

But now we humans feel that we have truly let the genie out of the bottle. We used to think that if we had to, we could stop a machine, we could destroy it, keep it from doing harm. Now we are not so sure. Things seem to be getting out of hand.

What can be done?

What if we think about things differently? Now, when we think about people (aka humans) we focus primarily on the behaviour (or personality type or skills) of individual humans. We evaluate the capabilities of a particular technology.

Instead, what if we focus on patterns of interaction among humans and our technologies? After all, that is where value is created – is it going well? Badly?

Take a simple call centre exchange with a human. It’s not hard to see whether that is going well or badly (though I still yell at chatbots). More to the point, how about longer-term spans of interaction that take place over weeks, months, even years.

I and my colleagues once worked on why long-term B-to-B contracts got cancelled when customer satisfaction was fine.  Part of the answer was conversations in hallways that were indicative of dissatisfaction and not followed up, requests for help in solving a business problem that fell through the cracks.

Everyday conversation. Seemingly simple, but so human. So profoundly human.

Figuring out how everyday conversation has impact has been a focus of attention for philosophers, computer scientists, linguists, sociologists and anthropologists for years. The findings can seem arcane, but they are now being talked about in trade publications and business bookshelves.

Several books have recently been published, books along these lines. Conversation, after all, is a universal and ubiquitous form of communication. Conversations are everywhere around us. More importantly, they are one way we humans hold each other accountable in real time.

For instance, humans have ways of assuring mutual understanding. Something as simple as  “huh?” or  “what”, (which, it is claimed, are used every 84 seconds!), can invite clarification and, even vehement disagreement.  It turns out that conversations that seem to be free-wheeling have a lot of structure. Some of this structure is even turning out to look as if it common across languages.

This insight and others are beginning to inform Conversational User Interfaces (CUI). We can only hope that the CUI designers take advantage of natural patterns of interaction among humans.

You and I experience rudimentary forms of CUI now. Chatbots, for instance.  (Maybe you thought that interaction protocols were already based on natural conversational behaviour? No, not yet. Why do you think they are so abysmal?).

Increasingly, though, we will see CUIs used between health-care robots and those who need care.  This is an acute need, especially in Japan and other countries where the percentage of the aging population is already quite high. Don’t you think that we might as well use what we know about conversation to make our interactions as helpful as possible?

The bet is that taking insight from everyday conversational interaction patterns can help us innovate modes of interaction with technology that are not simply more natural but that we use with each other to hold each other accountable. If the robot doesn’t “understand”, it can say so. If the humans don’t understand, they can signal that too. We hold each other accountable in conversation. We should be able to not only hold our technologies accountable but be able to query them in real time just as we do with each other.

The idea of conversationally-informed interaction protocols is just one of many examples where big changes in the interaction between humans and technology is taking place. Think about Augmented Virtual Reality. Haptic interfaces.

What does this mean for leadership?  It calls for design thinking, rapid prototyping and iteration, agile management.

This won’t be leadership as we knew it, that’s for sure. New ways of working will emerge just as they always do, though in more places and sometimes all at once. They can benefit from our help. Along with that, we will need to develop world wide-leadership and networking outside our comfort zones to help to fill in the blank spots. This calls for social norms to be developed and new practices encouraged as well.

Now that is real change that needs to be led.  And hey, there is plenty of room for new players.