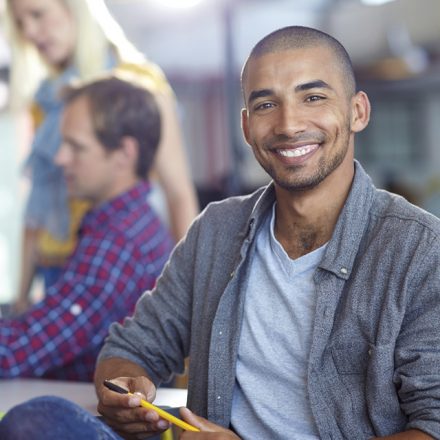 The Solution to Unemployment? Turning Job Seekers Into Job Creators

“I have taken pride in paying my own way through life. I had never been unemployed for over 40 years until I was laid off in October 2008”, John Cox from Portland, OR says, and continues under tears: “this last month I had to call up my dad and have him pay the electric bill. It’s not easy, you’re a fifty-five-years-old man and you have to call your dad to pay.” John is on the brink of losing his house where he hoped to make a permanent home for himself and his with Down-syndrome diagnosed son Geral. End of April, Wells Fargo was set to auction off John’s property, forcing the small family to move into an RV according to this video interview with John by the documentary makers of American Winter.

A continent and almost 30 years of age difference apart, Myrto Fakiroudi (28), who graduated with an Economics degree in Greece shares similar fears: “You experience unemployment every morning you wake up, and you feel useless even though you are not. I have dreams because I don’t want to give up, I want things to change.”

3 million Americans over the age of 50 and roughly 75 million youth worldwide are currently looking for work, with many more not being accounted for as they live and work in informality. In terms of youth unemployment, the ILO has warned of a “scarred” generation of young workers facing a dangerous mix of high unemployment, increased inactivity and precarious work in developed countries, as well as persistently high working poverty in the developing world.

“How do we solve the unemployment crisis?” is a question everyone seeks to answer: From the protesters of the Arab Spring or those in front of the Greek parliament to non-profit organizations like the AARP, Generation Enterprise and the UK-based Enternships to policymakers, business leaders, to media initiatives like “”Over Fifty and Out of Work“”, to young and old people across the globe.

One man close to the answer is the Austrian-American scholar and entrepreneur Peter Vogel, author of the newly published book “Generation Jobless?“. In it, he explores the drivers and consequences of the current youth unemployment crisis and showcases over 100 concrete grass-roots solutions from around the world that have proven successful at tackling youth unemployment.

From the many approaches introduced in the book, one particularly promising avenue is entrepreneurship. Why? Because from a demographic perspective, we need to create an additional half billion jobs by 2030 to keep up with the predicted growth of the world’s working age population. Entrepreneurship is the single most powerful job creation engine our economy has. In fact, the average net employment growth rate in the US between 1980 and 2005 would have been negative, if not for the jobs created by new ventures.

This view is confirmed by Grégoire Sentilhes, President of NextStage and Co-founder of the G20 Young Entrepreneurs’ Alliance, who said:

“The jobs we need to create will come neither from the big corporations nor from government, but they will come mainly from entrepreneurs who represent 66% of job creation within the OECD and 85% within the EU.”

As Vogel writes, “entrepreneurship is becoming increasingly accepted as a suitable means and critical alternative for income generation among young people and a mechanism to unleash their economic potential.” He then continues by giving several reasons why we should foster youth entrepreneurship. Among them:

It’s safe to say that entrepreneurship provides a powerful solution to joblessness at both ends of the working age spectrum. Just replace the word “young” with “senior” in the paragraph above and reread it. So if entrepreneurship is as close as we get to a golden bullet for the millions of job seekers around the world, what is it that we can do to foster more of it?

Vogel calls for effective entrepreneurial ecosystems nurtured by a well-coordinated multi-stakeholder approach. Policymakers should push for Active Labor Market Policies (ALMPs) that help unemployed transition to self-employment. Or, create larger scale entrepreneurship promotion programs for aspiring entrepreneurs. Tax breaks and government-funded microloans help, too. If you’re an educator, consider redesigning the curriculum at your school and introducing student-specific funding support for starting up a business. As a corporation, a worthwhile step could be to invest in entrepreneurship mentoring initiatives. Or – perhaps even more impactful for employers and employees alike – nurturing intrapreneurship within the organization. If you’re a family member or a friend of a job seeker, be supportive, reward every step forward and encourage entrepreneurial thinking.

I share the hopeful outlook that’s put forward in “Generation Jobless?“: Unemployment – at any age – does not have to end in a catastrophe. But if we want to avoid joblessness across generations we need to act quickly and implement both short-term solutions for today’s unemployed and long-term solutions to avoid repeating what we are seeing today. It is only through a concerted effort that we can help turn the victim’s of the crisis into agents of change, or as Peter Vogel said in his TEDx talk “job seekers into job creators.”