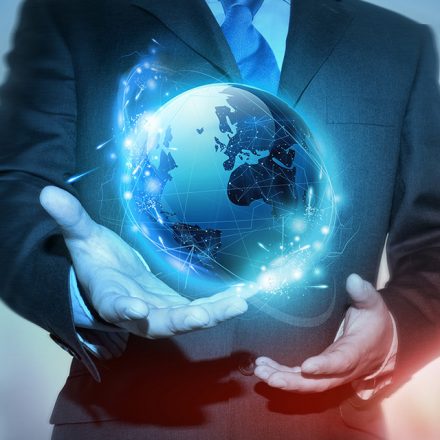 A principal feature of the digital age is that as people use more digital technology to get their work done, that technology is doing increasing amounts of work both automatically and alongside the work humans are doing.

The advance of technology-enabled digital work has evolved to such a point that society is experiencing wrenching change. Data-driven algorithms are taking over skilled work, even knowledge work, that people used to do on their own, while machine-learning techniques are beginning to support knowledge work that humans can’t be expected to do at all.

The rise of new technology and tools is not new to the human condition, of course. Ever since the early development of tools – baskets and spears or grinding stones, which were the labor saving tools of their time – people have been inventing and using tools and technology to get work done.

Digital technology, however, is changing people’s experience of work in several fundamental but little-understood ways. We believe it is time for an examination of how the digitization of work along with the digitalization of the workplace is having a broad impact on the economy and the quality of human lives.

Knowledge work, also called white collar work, predominates in many sectors where there are still people in the picture. At the same time highly-skilled blue collar work is disappearing, and what is left for humans to do looks suspiciously like knowledge work even when it is “industrial,” like mining operations, manufacturing, and oil refineries.

From the beginning of digital computer technology’s appearance on the scene in the 1950’s, two types of relationships between digital technology and the work humans do have been proposed. One is the automation of work – literally replacing people. The other is augmentation, or assistance and leveraging humans in the work they do.

Automation rules. It has promised and delivered on many fronts: reliability, repeatability, consistency, standardization, precision – getting work done in less time and for less cost. It has actually accomplished what Frederick Taylor wanted people to do. Work has been broken down into tasks, ever smaller, until we got to the hyper-tasking that MIT Professor Tom Malone predicted. In this world, the industrial mindset has predominated.

Augmentation, it was argued by Doug Englebart in the 1960’s, was a more helpful and positive role for technology. He foresaw a world in which societal complications arose. He argued that it was only with large-scale collaboration among organizations and people that these problems could be addressed. And, as he often said, the sooner the better.

Augmentation (or assistance) has never quite had the same impact as automation. And for too long, automation and augmentation have been seen as alternative – even opposing – views of technology’s value, not as complementary views. As society now faces genuinely complex problems, even wicked problems, many of which have been foreseen by pundits of various stripes, we believe it is time to consider bringing them under the same umbrella.