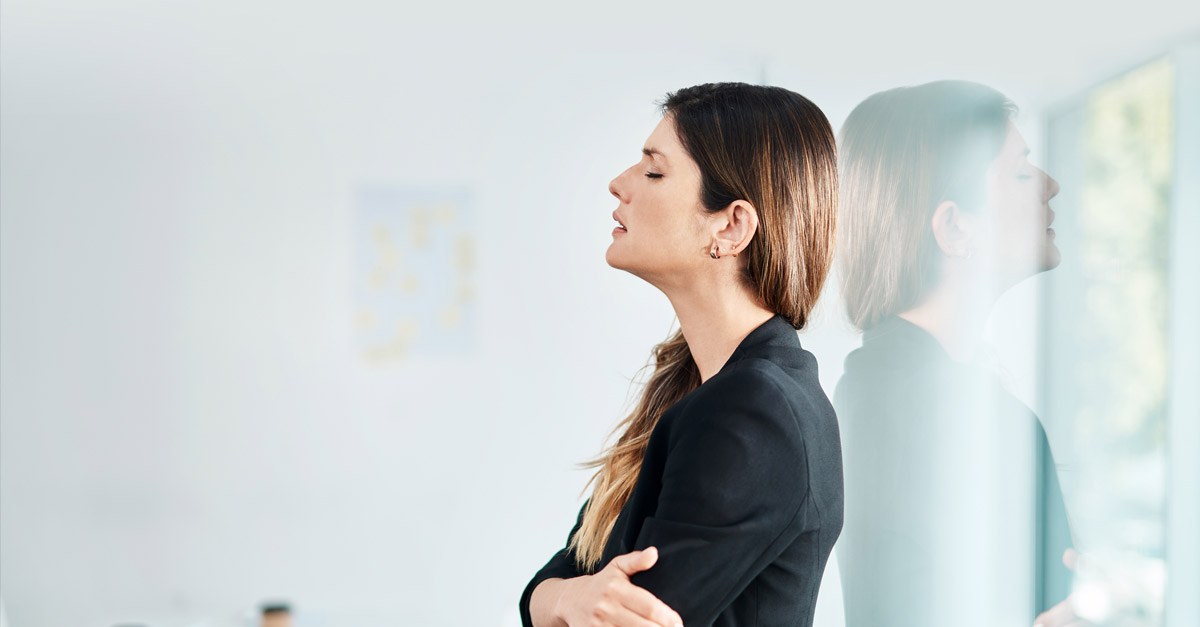 Listen to: Toxic Workplaces and The Rise of the Toxic Humans by Michael Jenkins

In recent months I have had a number of conversations with friends and colleagues who have shared their decision to leave their job and move on to something new. What’s interesting is that many of them don’t actually have a new job to go to.

What they do know, is that the moment has come to call time on a situation which, for them, has become intolerable. And the common denominator in all of this is not disillusionment with the purpose of the organisation nor even a burning desire to move on to somewhere that pays better. The key issue seems to be the toxicity of the culture that is driving the decision to leave and is very much part of the lived experience for all too many people. So while the true picture behind ‘The Great Resignation’ is a multi-faceted one (whether it is hype or happening depends on the sector, can differ within sector – and is different in different countries) – the common thread is the manifestation and impact of a toxic culture. In their article ‘Toxic Culture is Driving the Great Resignation’, Donald Sull, Charles Sull and Ben Zweig share their research findings and point out:

‘A toxic corporate culture is by far the strongest predictor of industry-adjusted attrition and is 10 times more important than compensation in predicting turnover.’ MIT Sloan Review, 11 January 2022

So what exactly do we mean by a toxic culture? And how would you know if you were in one?

Emergence of ‘The Vicious Circle’

One way to make sense of this is to consider who is responsible for the creation of the toxic workplace in the first place. As I listen to my friends and colleagues who have decided to move on, describing their experiences – a pattern of human behaviour starts to emerge. I think we are all aware of the existence of ‘The Virtuous Circle’ but what is impacting us now is a different kind of circle. For a start, unlike the Virtuous Circle which builds on positive events to influence future events positively, the phenomenon we see today is bleak and negative. We are in fact witnessing the malign influence of ‘The Vicious Circle’. The Vicious Circle is a mechanism whereby organisations are shaped by Toxic Humans (not all of them leaders incidentally, as the existence of the bullying of seniors by peers and juniors attests) – and these toxic humans are themselves shaped by the toxicity of the organisational culture: a vicious circle. In her landmark work on psychological safety, Amy Edmondson points out that the VW emissions scandal occurred on the watch of Martin Winterkorn of whom it was said that, the moment you knew you were being summoned to see him, ‘your pulse would start racing’ – but that very culture of fear and intimidation at VW was started not by Winterkorn but by his predecessor Ferdinand Piëch. Bad behaviour begets bad behaviour. It contributes to the development, longevity and resilience of a toxic work culture and results in unethical behaviour leading to corporate scandals and worse.

So back to our original question – how would I know that I am in a toxic culture? Here we provide a definition of the toxic workplace:

‘A toxic workplace refers to a dysfunctional and stressful professional environment. It could be that the people in charge are bullies, or the organisational culture is bent on winning regardless of what it takes. It could be that coworkers are inconsiderate or even abusive. Whichever one it is, toxic workplaces can be detrimental to not just your physical and mental health but also to your happiness and your professional growth.’ Professional Services Staffing Solutions report 2021

And here are some of the signs we need to look out for:

On the surface and obvious signs

Deep inside and not-so-obvious signs

All of these eventually start to impact organisational effectiveness in terms of poor performance leading to an inability to achieve organisational objectives. And all too often the reaction of stakeholders is to demand the removal of the leader in an attempt to arrest the by-now perceptible decline in an increasingly negative employer brand. Sometimes a move like this can change the culture for the better (witness Satya Nadella of Microsoft and his espousing of empathy as a core value) but often the rot has already set in and is so pervasive that changing the culture is like pushing water up a mountain. Added to this we have technology enabling and empowering employees to rate their employers in new and exciting ways – and which place the worker centre stage like never before – as well as the brutal power and speed of social media (as experienced recently by the CEO of McDonalds who, thanks to a leaked email, was called out for his lack of empathy in respect of a shooting incident involving two children, necessitating a public admission of a failure – an inability – to connect with people). Bad behaviour is being called out, but we need it to be called out more. A further and important consideration is to take time to analyse what we are hearing in exit interviews and really getting underneath the skin of employee engagement surveys (where these are an organisational practice) – this can be helpful in ascertaining where our attention needs to be focused.

So how then do Toxic Humans typically show up? What exactly do they do that marks them out as such? My reading and investigations suggest that they are invariably:

They are also, themselves, broken in some way.

So what can be done? I think there are three key things to consider:

Provide clarity on what we stand for as an ethical organisation

It is not a bad idea for managers to remind followers about the positive values of the company and to reinforce those through role-modelling these values themselves. However this might not be quite enough to tackle aggressive behaviour and rudeness. In their paper on stopping the spread of incivility in organisations, Shannon G. Taylor and Lauren Locklear point out:

‘…. negative information is given more attention by our brains and is thus “stickier” than positive information, so managers should instruct employees in what they ought not to do. Evidence suggests that company policies against incivility are most effective when managers clearly define what bad behaviour entails. Otherwise those policies will sound like empty slogans.’ A Little Rudeness Goes a Long Way, MIT Sloan Review, 24 January 2022

What this means is that well-intentioned assertions about being more empathetic as a leader or even exhortations to ‘be kind’ – while welcome and helpful – may not, in themselves, suffice. Spelling things out like Jeffries Group CEO Richard Handler might be more powerful. He said: ‘We do not have or want jerks at Jeffries.’ That’s clarity.

Identify toxic individuals and take action to deal with them

We have to start calling out the Toxic Humans in organisations as they are the ones who shape dysfunctionality and normalise what we should all regard as unacceptable behaviour. We need to learn to read the signs and be ready to act against these people. These are the hardcore bullies, the narcissists and corporate

psychopaths who for whatever reason make other people’s lives miserable. They are largely ‘un-coachable’, and their behaviour goes beyond what we might see as simply lacking civility. They are the ones who use empathy in a negative, nefarious manner thanks to their ability to scent vulnerability in others (usually people who are different to them, gentler or unassuming). These Toxic Humans are the people whose emails, text messages and WhatsApp notifications cause our pulses to race and our throats to feel dry. Does this happen to you at work? Chances are you are the victim of a Toxic Human.

We need to devise ways to make altruism, compassion and empathy the norm – and to help people to get a good grasp of what that looks and feels like in a practical, applied manner. For example, praising people and acknowledging them for their contribution costs nothing and we should do more of it. Training people in how to show appreciation may sometimes be necessary because, absurd as it may sound, some people just don’t know how to do it. Above all, we need strong and empathetic leaders: individuals who are brave and courageous enough to stand up to call out the damaging behaviour of the Toxic Humans – using ‘compassion with teeth’. This is the essence of ethical leadership – to be tough and compassionate. There is no time like the present to get started – and the sooner we do, the sooner we will be able to nurture safer, healthier workplaces.